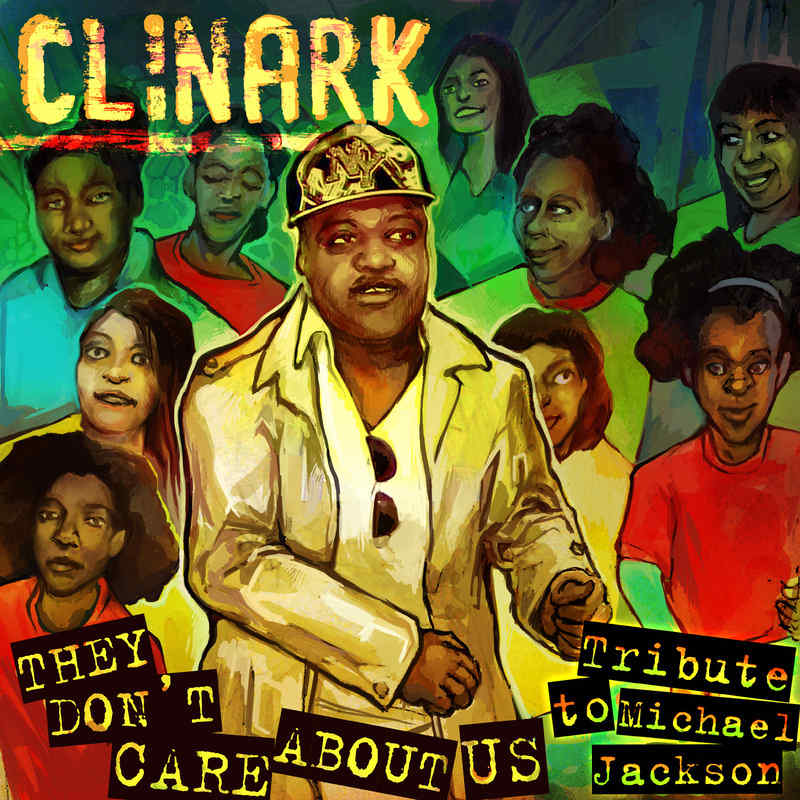 “They Don’t Care About Us - A Tribute to Michael Jackson.”

Reggae singer, Clinark  released a new EP, “They Don’t Care About Us - A Tribute to Michael Jackson.” and music video. It is a new Remix of his previous cover.The track features new Dub and an instrumental versions. It is available on digital download on his Nurture Projects Music label on iTunes, Amazon and many online stores.  Find out more here:

Look out for the captivating guest appearance of Elena Romanenkova, Michael Jackson tribute dancer and impersonator. She also choreographed and directed her own scenes on location in the Ukraine.   Pic:  Clinark shot a new Video for "They Don't Really Care About Us - Atribute to Michael Jackson," with "Thrill The World' Dance Organisation" at the Kilburn Festival  2012. Musician/singer, Callum 'Mitch' Jackson makes a cameo appearance in the video as guitar player alongside Clinark.